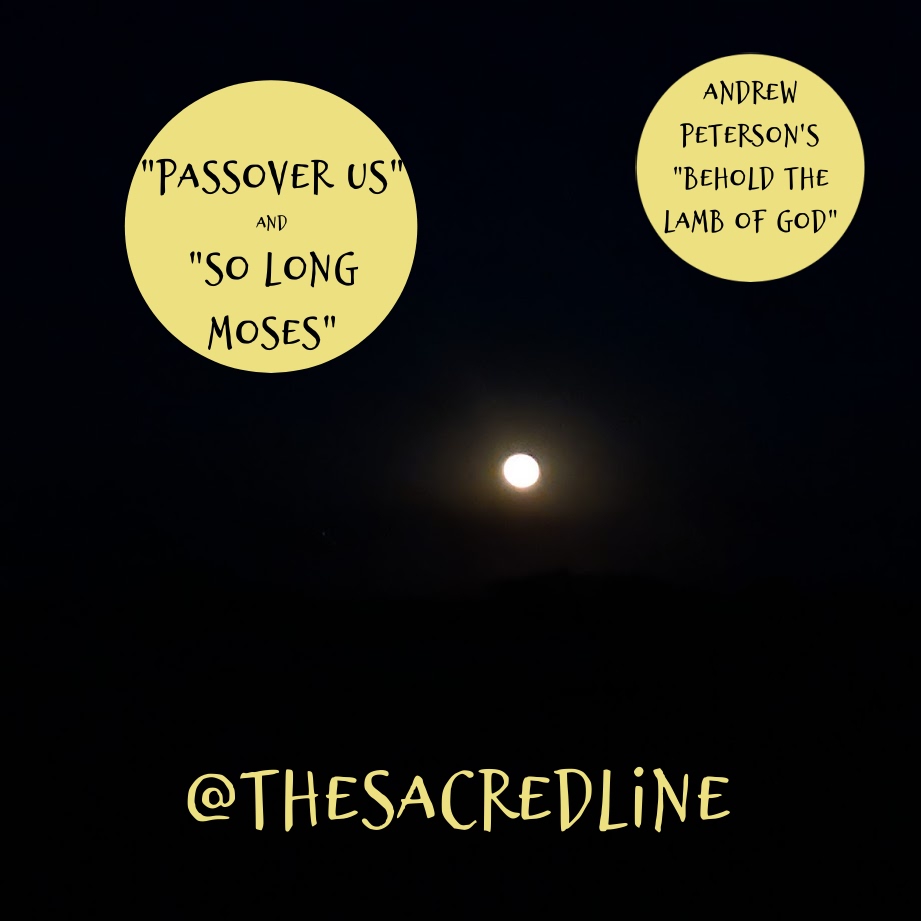 The Israelites were tired of being in bondage. They were ready to be set free. But they had their own ideas about how that should happen. Putting blood around the doorposts was not what they envisioned. They definitely did not understand that this was a picture of Jesus coming someday. Then the angel of death passed over those whose doorframes were covered with the evidence of the sacrifice. Someday those who accept Jesus as a sacrifice will be passed over – they will not experience eternal death.

Well, we all remember Moses on the banks of the river
He said “Pharaoh, you’ve got to let my people go
You don’t want me to have to tell you this ten times over–
Denial ain’t just a river, you know”

And we all remember Pharaoh, he just wouldn’t do it
So the plagues they came upon Egypt one by one
His heart was hard and the other nine just couldn’t move it
So the last was the worst: the death of the firstborn son

But the Lord, he gave to Moses a word for the people
He said their firstborn sons would live to see another day
“Put the blood of a lamb on the doorway and death will pass right over”
That night all of the children of Israel prayed

The Old Testament narrative does not end there. The Bible continues to tell stories that all point to the coming of the Messiah. They want a King. And the King is coming. But not in their time frame. And not how they expected Him to look. Today we still wait for a King to make everything right again. And someday that will happen. Until then, we ponder the stories that happened before Jesus came the first time. We read the stories that tell of His life. And we look for Him to come back because He will do what He promised.

We want a king on a throne
Full of power, with a sword in his fist
Will there ever be, ever be a king like this?

Hello, Saul
First king of Israel
You were foolish and strong
So you didn’t last long
Goodbye, Saul

He was a king on a throne
Full of power, with a sword in his fist
Has there ever been, ever been a king like this?
Full of wisdom, full of strength, the hearts of the people are his
Hear, O Israel, was ever there a king like this?

Hello, prophets
The kingdom is broken now
The people of God
Have been scattered abroad
How long, O Lord?

So speak, Isaiah
Prophet of Judah
Can you tell of the One
This king who’s going to come

“He’ll bear no beauty or glory
Rejected, despised
A man of such sorrow
We’ll cover our eyes

He’ll be crushed for our evils
Our punishment feel
By his wounds
We will be healed.”

“From you, O Bethlehem
Small among Judah
A ruler will come
Ancient and strong.”