International Retrieval Organization Agent Lela Ortiz is assigned the kidnapping case of businessman, Chuck Davenport. When her boss allows Chuck’s brother-in-law to assist, Lela accepts the help with reservations, especially when Jay Vashon prays to God at the most inopportune times.

Jay would do anything to help bring his brother-in-law home, even work with hesitant Agent Ortiz. As Jay helps Lela decipher the clues sent to Chuck’s special-needs son, Jay begins to fall for the feisty IRO agent.

Can Jay break through the barrier Lela has constructed around her heart? Will Lela be able to overcome her distrust of men and God? And what of Chuck? Can the pair locate him before the ransom deadline? 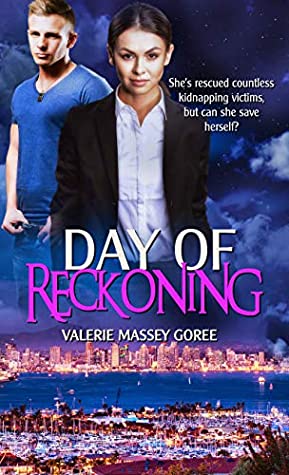 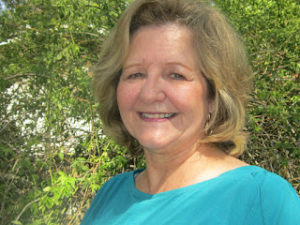 After serving as missionaries in her home country of Zimbabwe and raising two children, Glenn and Valerie moved to Texas. She worked in the public school system for many years, focusing on students with special needs. Now retired in Washington, Valerie spends her time writing, and spoiling her grandchildren.

Novels include: Deceive Me Once; Colors of Deceit; The Stolen Lives Trilogy, Weep in the Night; Day of Reckoning; and Justice at Dawn, to be released July, 2021. Valerie’s latest novel Forever Under Blue Skies, is now available from Amazon.

Valerie loves to hear from her readers. Check Valerie’s website to learn more about her books: www.valeriegoreeauthor.com

“Dressed in black, Lela stretched out of the chair like a panther on the hunt.” Would that sentence entice you to know more about Lela?

It worked for me, and I wrote the sentence!

Here’s how it all came about. When I outlined the plots for my Stolen Lives Trilogy, I knew that an International Retrieval Organization (IRO) agent mentioned in Book One would became the star in Book Two, and an agent highlighted in Book Two would take the lead in Book Three.

Ooh. I fell in love with that description of her and had to delve into her backstory. Why was she so serious? What happened in her past to make her such a good agent? At first, I decided she was an orphan, but she ‘informed’ me she had a loving family. Scratch that idea. If her troubles didn’t stem from her immediate family, where did they originate?

Quite often a character will ‘give’ me details during a conversation with another member of the cast. My plan might be for the plot to veer left, then lo and behold, the character will say something that takes the story in a completely different direction. This may sound strange to some readers, but believe me, many authors will agree that if your character isn’t ‘talking’ to you, maybe it’s because you’re taking them in the wrong direction. Lela certainly did that with me. And I think her story is so much richer and deeper than the one I’d originally planned.

After you read about her life before becoming an agent, you’ll understand her desire to help people, and why her boss holds her in high regard.

For Him and My Family, June 6

Because I said so — and other adventures in Parenting, June 13

To celebrate her tour, Valerie is giving away the grand prize package of a copy of the book, wall plaque saying ‘Wait on the Lord’, a writing journal, and Aromatherapy Lavender Foam Bath crystals!!