Book:  To Save A King 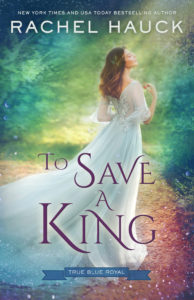 Growing up in small town Hearts Bend, Tennessee, Gemma Stone had big dreams. So she headed to Hollywood to make her mark in the world.

But dreams have a way of becoming nightmares. When she returns home twelve years later, she’s limping through life and harboring a dark secret.

Running a rescue ranch and raising her friends’ orphaned daughter is her sole mission now. All the while she’s well aware these defenseless ones are also rescuing her.

HRH Crown Prince John has learned a royal title cannot shield him from heartbreak. He had the perfect life as heir to the revered House of Blue, the royal dynasty of Lauchtenland, and married the love of his life. Then tragedy changed everything. Is there any way to be saved from a life of grief?

When he finds himself in Hearts Bend on a mission for his mother, Queen Catherine, he catches up with a good friend–country music great Buck Mathews. He has no intention of joining the 4th of July fun until he’s cajoled into a three-legged race with the beautiful Gemma Stone.

The disastrous race leads to a quick friendship. They are easy and comfortable around one another because love is absolutely not an option.

John desperately wants to hold onto the memories of his wife while Gemma refuses to trust her heart to any man. Even a prince.

When trouble in Lauchtenland calls the prince home, he realizes how much Gemma has rescued him. Saved him and restored his hope for his role as future king.

For Gemma, falling in love with the prince must be quenched. If it weren’t for her past, she’d give him her heart in a second. How could she risk bringing her shame to the House of Blue and the world stage?

However, she’s not the only one who can rescue and heal the wound. If she saved Prince John, why can’t he save her? And when he tries, will she have the courage to say yes to the best role of her life?

She is a double RITA finalist, and a Christy and Carol Award Winner. Her book, Once Upon A Prince, first in the Royal Wedding Series, was filmed for an Original Hallmark movie. Three more of her titles are under film contract. 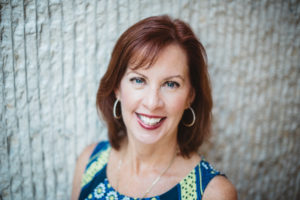 Rachel was awarded the prestigious Career Achievement Award for her body of original work by Romantic Times Book Reviews.

A retired member of the American Christian Fiction Writers Executive Board, she teaches workshops and leads worship at the annual conference. She is a past Mentor of The Year.

In the real world, she’s a wife, writer, worship leader and works out at the gym semi-enthusiastically.

A graduate of Ohio State University (Go Bucks!) with a degree in Journalism, she’s a former sorority girl and a devoted Ohio State football fan. Her bucket list is to stand on the sidelines with Ryan Day.

She lives in sunny central Florida with her husband and ornery cat.

One of the biggest challenges in a series is keeping the reader interested. Even more of a challenge is writing in a trope like royals.

I never set out to write a second royal series. With five stories in the Royal Wedding Series, I thought I’d explored the topic to my satisfactions.

Yet when readers asked for more, and when I found myself in a season to produce my own stories, another royal series seemed like the perfect fit.

But can I be honest? Really honest? Come close. I’ll tell you a secret. Closer…

Royals can be a bit boring. At least to write. You laugh but I’m serious.

What do we really know of their day to day lives? They attend national functions, patron charities, represent the nation on walkabouts around the world. They are ambassadors with no real political agenda. They champion causes.

But what exactly do they do with their days? What are the inner workings of palace life? What are the real expectations? Do they call the queen “her majesty” when talking among themselves? When talking to her? Are they as formal as it seems on television?

Yet royals are the most documented people in history. So there is a lot to glean from when I make up my worlds.

But at the end of it all, they key for me in writing royal characters is to make them real, everyday people. The prince is the kind of chap you want to chat with over tea. The heroine is the sort of girl you’d love to see become a princess. Maybe even see a bit of yourself in her.

In To Save A King, Crown Prince John is trying to emerge for a year of grief. Gemma Stone is desperate to escape her past.

Gemma’s story has some what of an edge to it. In her attempt to achieve her goals, she walked a path she never thought she’d walk when she was a girl growing up in Hearts Bend, Tennessee. And it proved her undoing.

While we may have never faced a past like Gemma’s, we can all relate to personal betrayal of our values from gossip to immorality. I hope Gemma’s story reminds us the nearness of love and forgiveness.

On a lighter side, I recently learned British society has moved away from chap and bloke, replacing it with the American term “guy.” Isn’t that funny. Louise Lee, my narrator, said it was funny to read those words in To Love A Prince since there were more her parents’ generation. Ah, the signs of a more global society.

Well, I didn’t care if they have gone out of style for young people. I used them anyway. I like them. Maybe we should adopt “chap” and “bloke” over here. What do you say, guys?

I hope you enjoy To Save A King, book two in the True Blue Royal series and find your heart cheering on broken, wounded characters to a happily ever after worthy of a prince and princess.

Book Reviews From an Avid Reader, May 8

Locks, Hooks and Books, May 8

Blogging With Carol, May 9

Because I said so — and other adventures in Parenting, May 11

Blossoms and Blessings, May 13

Inklings and notions, May 13

Inside the Wong Mind, May 14

Connect in Fiction, May 15

The Christian Fiction Girl, May 16

Where Faith and Books Meet, May 17

A Modern Day Fairy Tale, May 18

Back Porch Reads, May 18

Musings of a Sassy Bookish Mama, May 19

Truth and Grace Homeschool Academy, May 20

Through the fire blogs, May 21

Happily Managing a Household of Boys, May 21

Artistic Nobody, May 21 (Guest Review from Donna Cline) 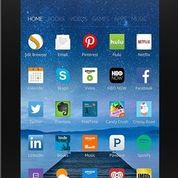 To celebrate her tour, Rachel is giving away the grand prize of a Kindle Fire!!
*May be different than one pictured.

To Save a King Celebrate Lit Giveaway