Yesterday was my last day teaching the preschool class at our homeschool co-operative.  Possibly ever teaching preschool in a more formal setting as next year my youngest will be in kindergarten.  For ironically, yesterday was also my youngest child’s last day of being four.  Today he is the big five years old.

He had me read several Thomas the Train stories to him earlier in the evening.  Then he let me cuddle with him before bed.  I was rather teary at this point.  (He of course had no idea that my mama heart was feeling a bit sad.  My daughter would have probably picked up on my shaky emotions, but not my cute oblivious boy).   This was our conversation …

Me: “What was your favorite thing about being four?”

I: ” My new legos.”  (He had gotten some legos for his birthday from family the night before).

Me: “I am glad you like your legos.  But I mean the whole time that you were four.”

I: “My box of legos you gave me for Christmas.  I was four then, right?” (Before that he had only Duplos.  And his brothers were not always thrilled about sharing their smaller legos with him since he has his moments of breaking or losing things.)

Me: “I am really glad you like Legos.  But how about something you did when you were four?”

I: “I really liked going to the park.  To Mahoney Park.  Except I didn’t like the climbing thing.” (We had climbed to the top of the Observation Tower.  A bit much for him). 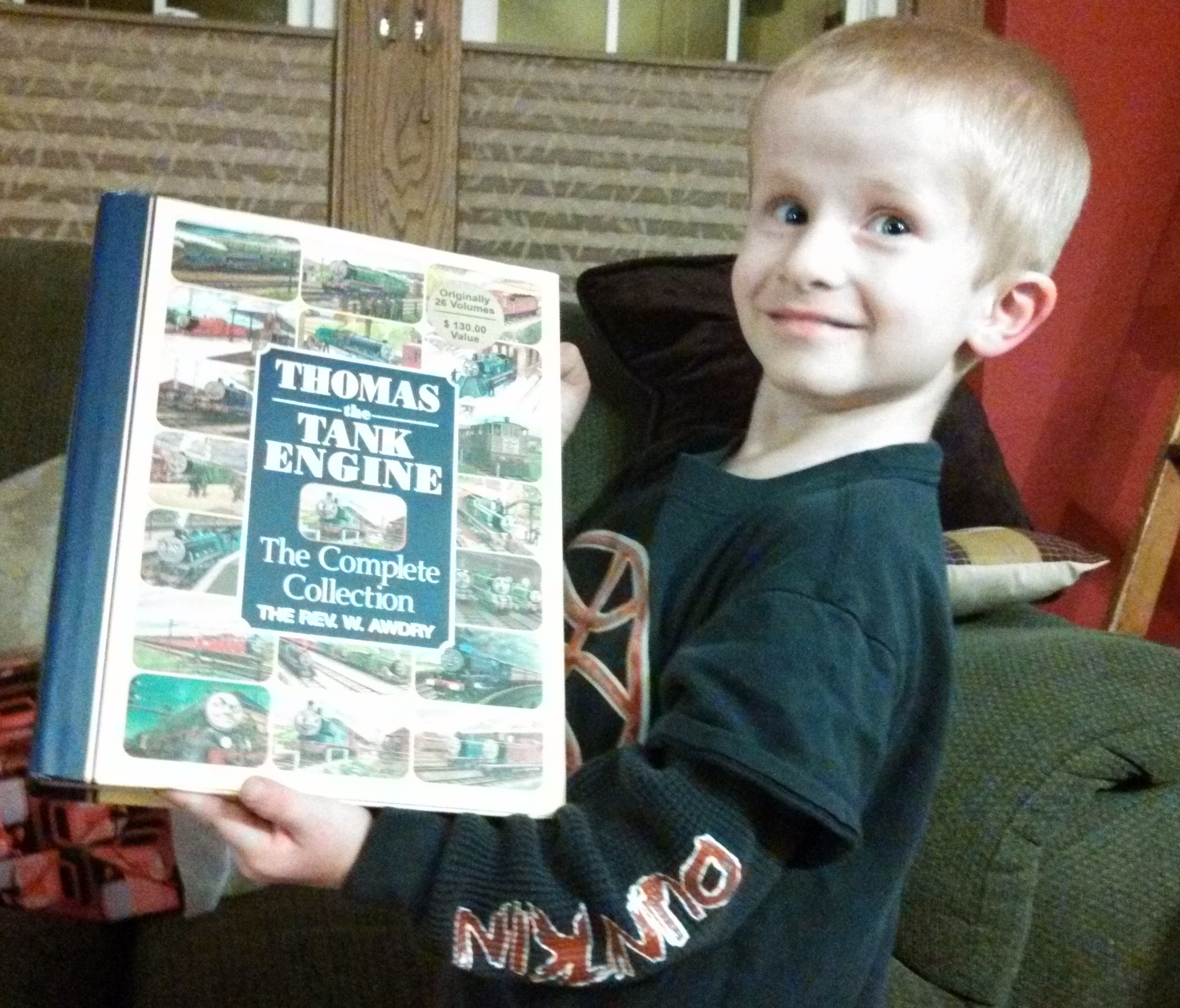 We did not manage to get any pictures of the infamous legos.  But this was another favorite gift.

After that I got another kiss.  And that was basically the conclusion to my life with four.  An age that I realized several months ago that I just loved.  Old enough to be more independent (able to take care of himself and especially no diapers or potty training!)  Young enough to still come up with the cutest things.

Obviously I know that he is not going to change overnight – five will still be fun.  And I do obviously enjoy my other kids at their various ages and stages.  Yet I know that life will continue to change. And progress.  And really that is a good thing.

But maybe my children are not as old as I think.  When our oldest, who just recently turned 11, found out his littlest brother was going to stay up a little later tonight in honor of his birthday, Gabriel loudly protested.

Me: Why are you frustrated? You had a friend over, and we let you stay up until almost midnight.

I’ll take it.  Guess we will be having two different “Mommy & Daddy dates” at home very soon!!!!!