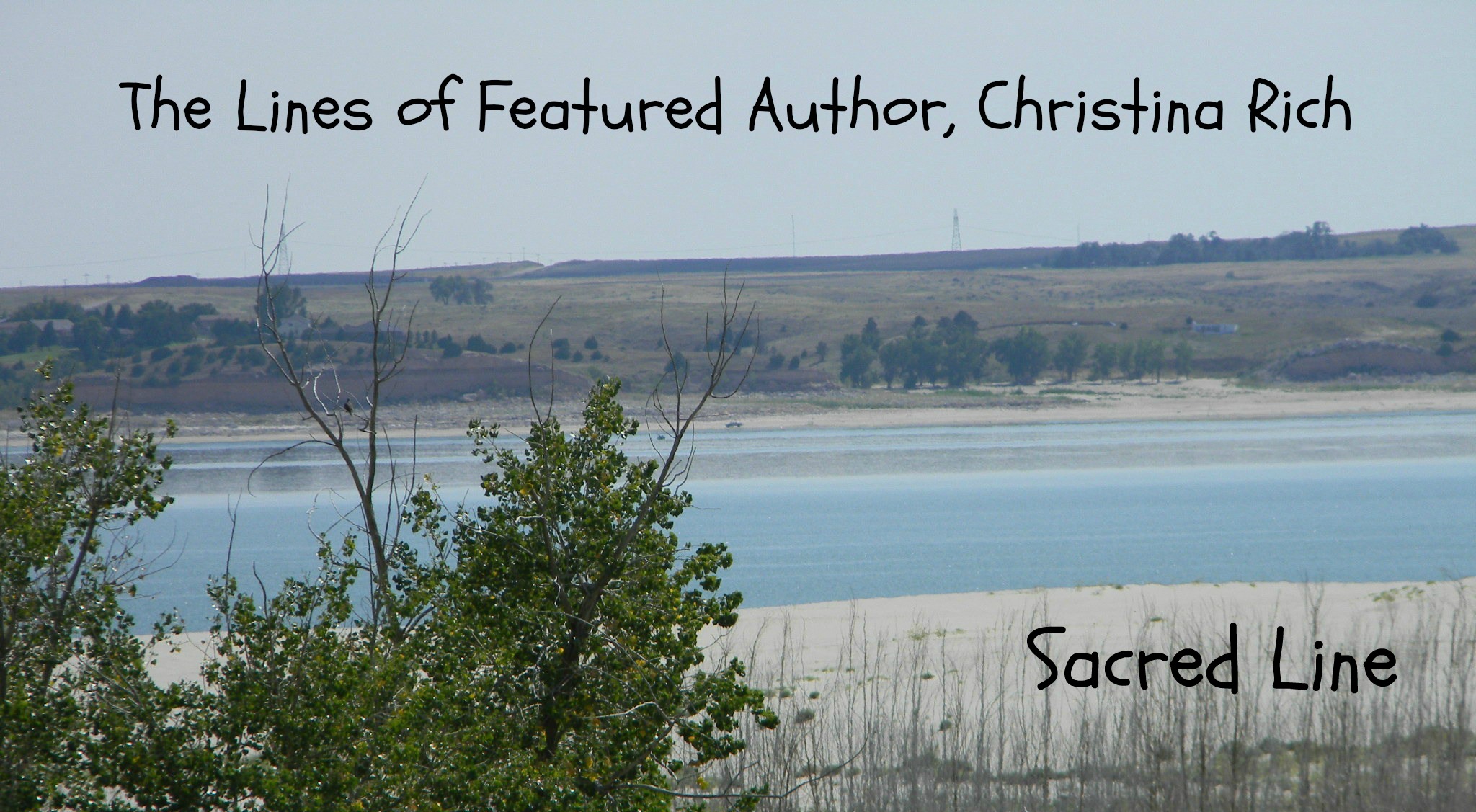 In honor of my Odyssey Through Nebraska blogiversary, for the next month I am going to be featuring five favorite Nebraska writers.  Getting to discuss authors that I know personally is one of the fun parts of writing this blog.  Although today’s writer lives in Kansas, since her grandparents are from Nebraska, I decided that works.  Christina and my husband happen to share the same Grandpa Garrison, who raised his family both in Nebraska and northern Kansas (the best of both worlds?).  Anyway, while I have already featured my “cousin-in-love,” Christina Rich, on this blog before, I have not ever told you about her third full-length novel.

Captive on the High Seas is set in 668 BC in a time when the Philistines roamed the land.  What I liked most about this title was the fact that she manages to bring biblical times to life – to make me feel as if I could step into the pages and live that way.  I am hoping that she is able to write more in this series as she left me wondering about what is going to happen to some of the minor characters.

Just today, I downloaded her e-book novella: Rekindling the Flame that was just released a few weeks ago.  So far I am enjoying the story that features forgiveness and second chances.  At only $1.99 for the download, a great short story introduction to Christina’s writing style and mission to tell stories of redemption and grace.

I enjoyed talking to Christina for awhile on the phone tonight to find out a bit of how she got started in writing.  Although she enjoyed writing in high school, she did not read any novels in the romance genre until she had been married for several years.  At that point, she enjoyed creating stories involving the minor characters in the books she was reading.  Novel writing was not on her radar yet, until she entered an Avon book contest.  Finishing around 30th in the 500 entries, Christina began to ponder writing as a possibility.

At this point, she joined some writer groups, including Seekerville, a site where writers (especially unpublished ones) gather online to encourage each other toward book success.  Yet again, Christina entered another contest.  The first three chapters of her unpublished book “earned” her the right to send that excerpt on to be read by a publisher.   As the editors liked her approach and storyline, they e-mailed her to ask for the whole book.  She did not get that memo.  For months, she unknowingly did not respond to their inquiry.  Thankfully God intervened as eventually they managed to make connections.  After some edits, her first officially submitted title was accepted for publication.

That editing aspect is the hardest part of the writing process for Christina.  By the end of all of the rewrites, the storyline is not quite as enjoyable anymore.  But Christina does love fitting her characters into new worlds that she has created.  Imagination is a great skill!

So far, she has published the three full length novels and the one novella.  Her next full length novel is actually a Western and will be available in the fall.  (I have actually previewed parts of this one – a fun story!)  Beyond that, Christina hopes to publish some non-fiction.  Her main goal is to continue to tell the story of Christ and His redemption.

You can read my reviews of her first two books if you click the links below.

P.S. If you read my blog post last week (Remembering the line of Cody Rich), you know already that Christina recently said her earthly good-byes to her husband of 23 years.  His 2nd battle with cancer ended with ultimate healing.  Most of all, I know that she and her family would appreciate prayers during this hard time.  Since Cody was self-employed, the family also has some debt to recover from due to his hospitalization and for being without income now.  If you are in a position to help, I am certain that they would appreciate any little bit of support.