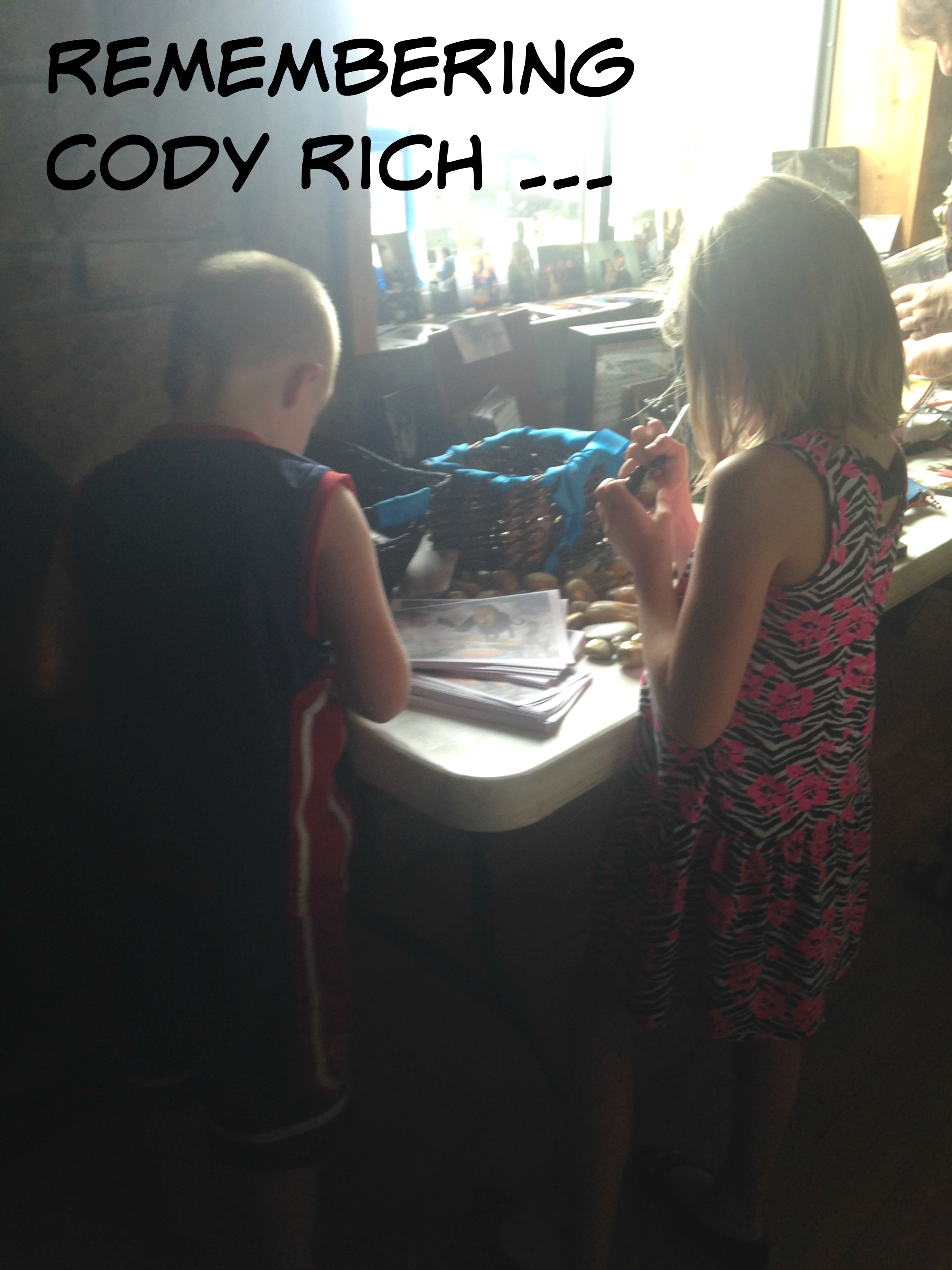 I can count on one hand that times that I met him in person.  Yet Cody impacted my life in a profound way.  Not for as much as what he said but how he lived.  Fully sold out to Christ.  And because of that fact, I could not help but almost sob at his funeral yesterday.  Forty-four years, the same age as my husband, did not seem long enough for him to live.  Yet those were the days that God has planned.

As you know, I have been featuring various Christian authors that I would recommend this week.  Originally I was planning on featuring Christina Rich, my husband’s cousin who I have talked about on this blog before.  Her husband, Cody, was the one that we had the celebration of life for yesterday because his 2nd bout of cancer took his life, yet not his spirit..  The gathering that was truly joyous – I heard more clapping and cheering than I ever do at most church services.  Not because he will not be missed but because he lived well – a life to whom God will say “Well done, my good and faithful servant.”

Cody was a simple man who loved well – Jesus first, then his wife, kids and newly arrived grandson.  He also loved extended family and all of his friends who came out to remember.  Beyond that, he loved his neighbors.  Both those he knew and those who were just a conversation away from becoming friends.  Most all, Cody wanted those he came into contact with to know about Jesus.  The man who changed His life.

Be about your Father’s business.

That is the line that is resonating with me and is evidently one that Cody said often.  He lived like a man on that mission – wanting to accomplish all that God had in store.  Unlike any other memorial service, Cody’s ended with a baptism.  I would like to think he was given a peek from heaven because he certainly would have been thrilled to see several of his relatives take that step.

What was mentioned frequently yesterday is the fact that Cody helped many people to take the first step toward Jesus.  Now those of us who are left behind need to take up where he left off.  To be ready to be about the Father’s business – joining in where God is calling us.  Ready to serve.

Our thoughts and prayers are with you, Christina and the rest of the family  …  The loss of Cody leaves a huge hole -praying that God will soundly fill it with Himself!

One thought on “Remembering the Line of Cody Rich”