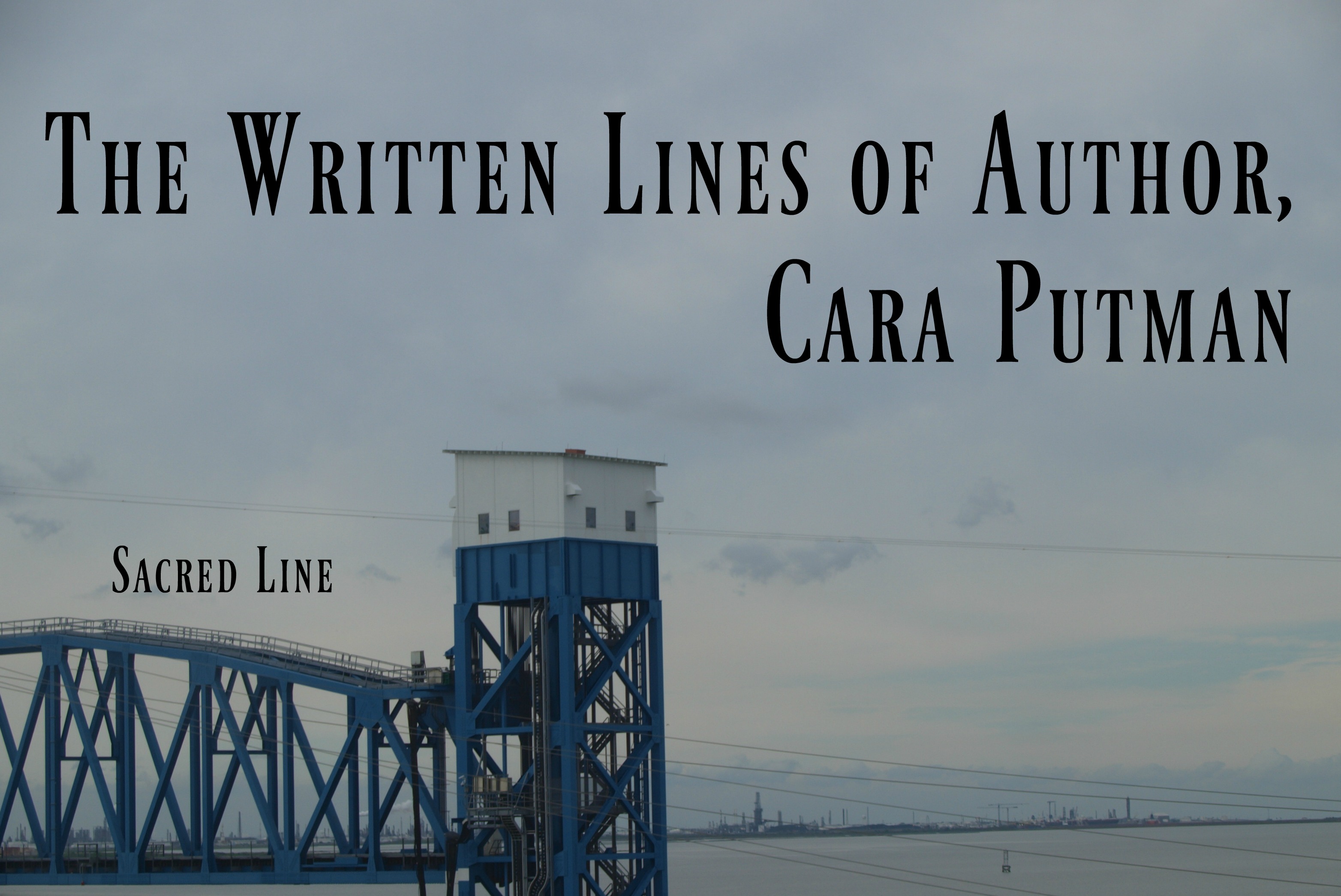 Historical novels set in the World War II era. Historical Suspense. Romantic suspense.  Business law.  Perhaps the last category of books does not seem to fit with the others.  Yet since author, Cara Putman, is not your average writer, her eclectic writing categories make sense.

Back in 2014, I discovered Cara’s writing after reading and greatly enjoying one of her novellas.  White Christmas is a part of the book, Where the Treetops Glisten, a compilation that also includes books by Tricia Goyer and Sarah Sundin (other great authors to check out!)  I think I shared about the book on Twitter which ended up leading to a bit of online interaction with Cara where I discovered that she is a fellow Nebraskan.  Although Cara is now an Indiana resident, several of her earlier titles feature Nebraska locations, so she is the perfect person to close out my series on Nebraska authors.  Cara graciously agreed to answer some questions via e-mail about her Nebraska connections and her writing process.

First of all, where did you grow up in Nebraska?  Do you ever return back or has your family also left the state?

I grew up in Seward and then North Platte. My family still lives in the state, so we return at least once a year — often twice. Too many cousins for my kids to play with.

Now that you have called Indiana home for awhile, is there anything you miss about Nebraska?

What was your first book and how long did it take to write it?

Canteen Dreams was my first novel, and it was set in North Platte at the Canteen during World War II. The book basically took two weeks to write after I had drafted the outline — but that’s another story. 🙂 A couple rounds of edits later, it was ready for the publisher to print and ended up winning a major award. It is a book that is close to my heart because I super-imposed my grandparents love story over the events in North Platte. It allowed me to honor them and their love.

What is the favorite book that you have written or the title that resonates the most with you?

This is like asking a writer to pick a favorite child! Stars in the Night will always be special because it was my first full-length novel. And Shadowed by Grace was a story I absolutely couldn’t wait to write. It was a thrill to write it and then watch it win and place in awards. Now I’m excited about Beyond Justice while releases in April. It’s my first legal romantic suspense with Thomas Nelson. I’ve really enjoyed all of my books though.

Besides being a writer, you are also a homeschool mom and a lawyer.  How do you manage it all?

Some days better than others. I also teach full time at a Big Ten University. I love teaching and writing, and the law has both. I’ve learned to ask for help and to let some things go. I don’t watch much TV, I don’t have much margin to catch coffee with friends. And the house may have some dust on the woodwork. But it’s been worth it to do what God has called me to do.

I think your upcoming book Beyond Justice sounds very intriguing.  Did you do any specific research for this title?

I did. It took awhile to come up with the right legal hook. The what if has to be something I’m intrigued with for at least two years be

Thanks again to Cara for letting me interview her.

Note: Since I interviewed Cara back in 2016, she has written many more books. This list was updated in May 2020. Note: If you purchase any of Cara’s books from these affiliate links, you are indirectly supporting my writing life. Thank you!

Cara has written two modern romantic suspense books that are set in Nebraska: Deadly Exposure and Trial by Fire. Cara also wrote a World War 2 historical series that is set in Nebraska. You can purchase that series as the compilation, Cornhusker Dreams, or you can buy all three titles separately.

Cara's Books Set in the Midwest