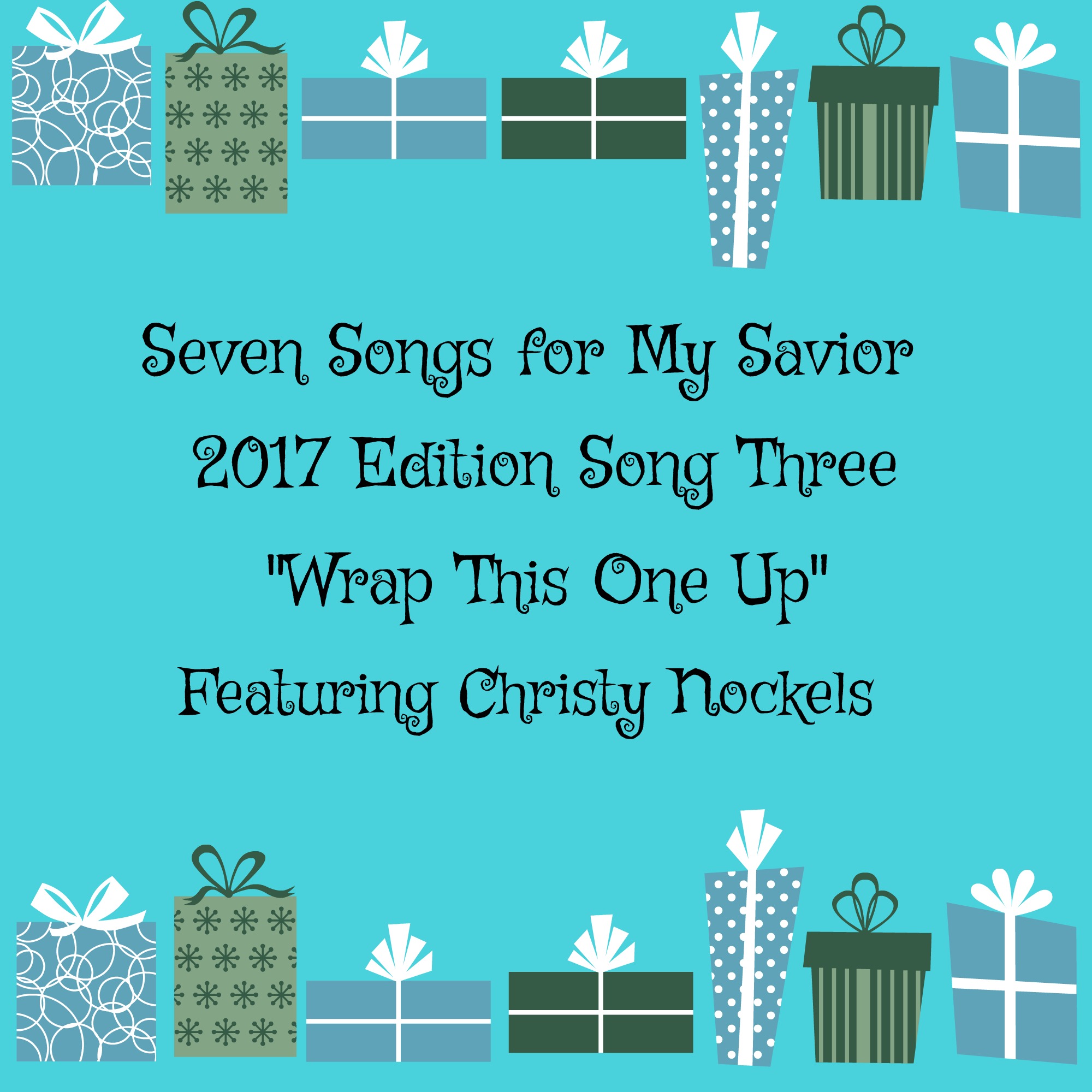 Perhaps I bought two Christmas albums this year.  Okay, I did.  But once you hear Christy Nockels‘s album “The Thrill of Hope,” you will probably head right out and get one for yourself.  Her voice is so incredibly beautiful.  I have a feeling that I will be sharing one of her songs every year for awhile.  But since “Wrap This One Up” is the song that I first noticed last year, that is a good place to start.

For the Jews who offered so many sacrifices, they could relate to the concept of the Passover lamb.  We are far removed that concept.  In some ways, that is a relief because that had to be burdensome.  Yet I do not think that we understand sometimes how truly we need someone take care of our sins.  Hebrews 9:22b says “Without the shedding of blood, there can be no forgiveness of sins.”   The Jewish people had a visual reminder of this necessity.  Perhaps we can miss that.

This song, written by artist, Christy Nockels herself, presents a beautiful connection between sacrifices.  How the shepherds would raise the lamb, how Mary would raise her Lamb and how ultimately Jesus as the Lamb of God would be the perfect sacrifice.  Without Jesus’ death on Good Friday, His Resurrection on Easter Sunday, Christmas would be another holiday.  I am so grateful that God gave all of another chance for redemption.

“Wrap This One Up”

Oh, the call of a shepherd in a field nearby
To tend and to carry his flocks by night

They were not ordinary sheep; they were set apart,
Born to be Passover lambs.

And when a spotless male was born, he was held on the manger floor.
Swaddled up just to keep him calm until his time, and the shepherd sang:

Oh, the call of a mother in a town nearby
To tend and to carry on this holy night
Not an ordinary Child, but the Son of God,
Breathed by the Holy Spirit.

And when the Baby King was born, He was held on the manger floor.
As she swaddled Him up, she knew His time would come as she sang:

God did wrap this all up for us!

“And through Christ, God has brought all things back to himself again—things on earth and things in heaven. God made peace through the blood of Christ’s death on the cross.” Colossians 1:20

Now that you have listened to the song “Wrap this One Up,” you will want to listen to the story behind the song.

Christmas album, Christy Nockels, God saved us, God's forgiveness, reconciliation to God, Thrill of Hope, Watermark, wrap up this one up