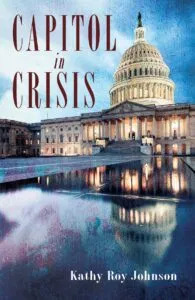 Simone Perez, Architect of the Capitol, is stunned when a terrible explosion which rocks the Capitol, totally collapsing the tunnel which connects the House and Senate Chambers and trapping several people. Simone promptly assembles an Interagency Committee to help her assess the damage to the Capitol and develop a strategy to rescue survivors. .  She also assumes responsibility for briefing the press, making her job even more daunting.  As the story unfolds, members of the Committee work together to find survivors and bring them to safety.

We meet several true-to-life characters like Fire Chief Earl Bentsen who recognizes that time is of the essence and Rob Tate, a skinny maintenance worker who realizes that he can reach the Café as well as the mechanical room by crawling through an old vent space.  Through several twists and turns, Simone maintains a steady hand, aided by the Speaker of the House, John McIntyre, who finds her very attractive. Although it seems an impossible task, one by one, victims reunite with their families.

Kathy Roy Johnson worked for a U.S. Senator for three years in the mid 1970’s. Thereafter, she worked as a lobbyist for United Cerebral Palsy Associations, Inc. before joining the Federal government as Congressional Liaison. She retired in 2015 and live in Silver Spring, Maryland with her husband, Ed and their beagle/basset hound, Jake. 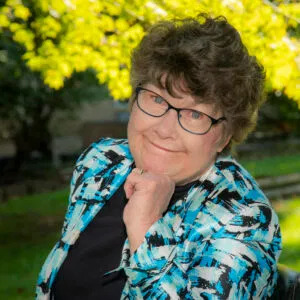 For Him and My Family, June 19

Because I said so — and other adventures in Parenting June 23

Spoken from the Heart, June 25

Lights in a Dark World, June 28